The Middle East’s leading value fashion and homeware brand, REDTAG, has launched a celebration offer of 4 items for SAR 92 in observance of the 92nd Saudi National Day, adding to its reputation for thoughtful initiatives

September 16th, Riyadh, KSA: REDTAG, the region’s favourite value fashion and homeware brand, has introduced a National Day celebration offer for its shoppers. In line with its reputation for unique and thoughtful initiatives, REDTAG is offering four items for SAR 92 — to go with the 92nd Saudi National Day. The limited-period offer runs from September 11th to October 1st, 2022, and applies on selected items across REDTAG’s extensive fashion apparel, footwear, and homeware collections available in-store and online.

The Kingdom is gearing up to celebrate this year’s National Day with renewed vim and vigour following a couple of years of muted celebrations due to the pandemic. REDTAG, ever aligned with national priorities, hopes to add to the festivities by offering four items for just SAR 92. Shoppers can choose from a wide range of fashion and homeware collections — in traditional and contemporary designs, modest and trendy options, and vibrant and pastel colours.

“Since its inception in the Kingdom, REDTAG has borne witness to the nation’s growth and development while becoming a household name for value fashion and homeware. So, our story is inseparable from that of the Kingdom. As it crosses another milestone in the 92nd National Day, it is with great pride that we launch the celebration offer. We are forever grateful for the patronage of the people and the growth opportunity facilitated by the KSA,” said Shehbaz Shaikh, Chief Retail Officer, REDTAG.

REDTAG will also be launching its National-Day filter to give shoppers the feeling of featuring on a magazine cover. Such magazine cover shots will be displayed on LED screens at select REDTAG stores across the KSA. Embodying this year’s national campaign theme, ‘It is Our Home’, the value fashion brand is also hosting a get-together of top social media influencers in Jeddah and Dammam to celebrate its growing stature as a home for everything fashion.

Renowned in the region for its year-round, exceptional offers and “value fashion” that characterizes premium quality products, reasonable pricing, and designs to cater to distinctive preferences, REDTAG has crafted a niche for itself in the retail industry. At every turn, REDTAG has celebrated the Kingdom’s successes — the Jeddah debut of a premier motorsport, for example — with giveaways, sponsorships, and attractive offers.

“We are a customer-centric brand aligned with broader goals such as the socio-cultural evolution and nation building. The fashion retail industry has a strong macroeconomic significance in the country. The impact is set to grow with the nation pursuing progressive reforms and greater integration with the global economy. REDTAG is uniquely positioned to contribute to these developments,” added Shehbaz Shaikh.

REDTAG has recently expanded its physical and digital footprint in the Kingdom while launching hyper-convenience services such as ‘Anytime-Anywhere Exchange’, ‘Find Your Size’, ‘Fashion Stylists’, and ‘Free Home Delivery’. With several such first-to-market services in the Middle East and its tiered loyalty program — RT Rewards — which boasts over 15 million members, REDTAG continues to cement its position as the leading value fashion and homeware brand in the region. Its contributions were acknowledged by RetailME through the ‘Most Admired Brand Campaign of the Year’ award 2021.

A BMA International company, REDTAG was launched as a value apparel and homeware label in 2006. Driven by the vision of delivering high-quality and affordable fashion and lifestyle products, the brand has emerged as a leader in its niche. From its first store in Abu Dhabi, REDTAG has rapidly expanded to over 200 outlets across the Middle East and Asia – including the Kingdom of Saudi Arabia, United Arab Emirates, Qatar, Kuwait, Oman, Bahrain, and many more locations. REDTAG is built on a strong customer focus, delivering enjoyable in-store experiences and seamless online interactions that are designed to exceed expectations. The brand takes a ‘Glocal’ approach to its offerings – adapting global trends to local sensibilities. REDTAG’s highly successful ‘RT Rewards’ loyalty program is currently over 15 million members strong and growing fast. The program encourages repeat visits through tailored offerings and special rewards, with over 90% of the company’s transactions now coming from repeat customers. REDTAG is the RetailME award winner for the ‘Most Admired Brand Campaign of the Year’ 2021. 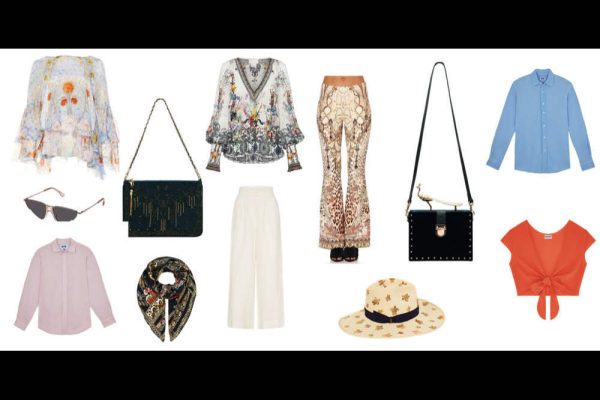