DUBAI, 4 December 2021 – Popular award-winning Pakistani musician and playback singer (an artist who pre-records songs for the actors to mime in Bollywood movies) Javed Bashir is set to wow fans at Expo this Sunday, with a concert on the Jubilee Stage from 2100 GST.

Bashir has lent his voice to Hindi movies like Cocktail, Kahaani, Rush, Bombay Talkies, Bhaag Milkha Bhaag and Once Upon a Time in Mumbai Dobaara! He also has his own successful singing career, and has been called ‘the king of live performance’ and a master of Hindustani classical music.

He comes from a renowned family of qawwals that included his father, Ustad Bashir Ahmed Khan, and uncle Ustad Mubarak Ali Khan. He started his career as a solo artist in 2001, with debut song ‘Deewane Nachde’, and from 2004 teamed up with the Mekaal Hasan Band, featuring on their debut album. One of his biggest hits, ‘Chal Bulleya’, came in 2009, with his Bollywood playback debut following in 2012. 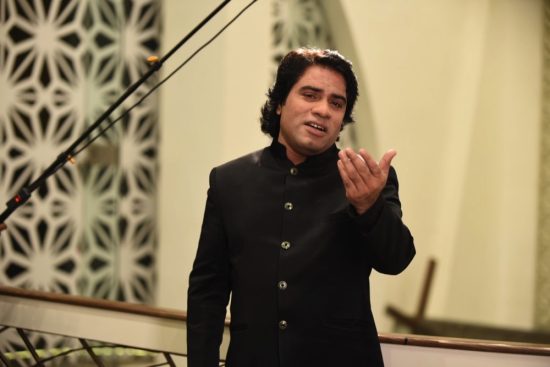 Bashir said: “My music has everything, from soothing sufi music to uplifting beat, to touches of the classical and the Qawwali. For the Expo concert, I am bringing a set-list of Bollywood and Coke Studio hits with a traditional Qawwali set-up. I am very excited to be on the world’s biggest stage. Also the visuals, sound and production are extraordinary. I am honoured to be part of this, and I am very confident of giving a memorable performance.”

Bashir has been working on a musical project for Indo-Pak peace in collaboration with Shankar Mahadevan and many other producers from India, Pakistan, Italy, the United Kingdom and Canada.

“Music is in my genes, and I feel that music is the only step that brings everyone closer without any border restrictions,” Bashir added.