DUBAI, 19 November 2021 – From beatboxers to folklore dancers, the Saudi Arabia Pavilion showcased a variety of performances representing the Kingdom’s diverse culture and traditions across the Expo 2020 site today (19 November).

The show kicked off with a dazzling performance by music composer Abdulkhaleq Bin Rafaah and the Thaqaf band, who presented traditional songs embodying the Kingdom’s artistic heritage.

At the start of the show, Abdulkhaleq Bin Rafaah said: “I’m very excited to be representing the Saudi pavilion for the second time on this stage. I want to congratulate the pavilion on reaching one million visitors yesterday. They deserve all the praise. All of the music that you will hear is pure Saudi music, with Saudi melodies, played by Saudi artists, and made in Saudi Arabia.” 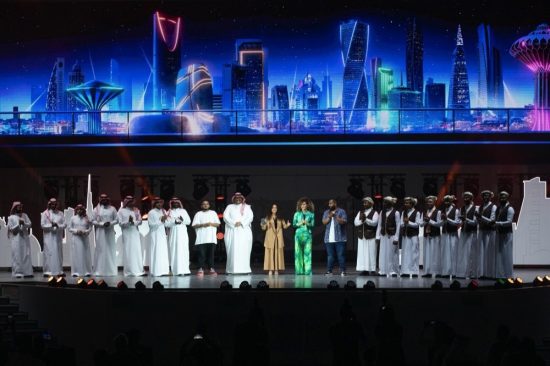 Audience members were then treated to a special performance by Saudi singer Tamtam, who wrote a song especially for the Saudi Variety Show, with both Arabic and English lyrics, called One Earth.

The Saudi Signature Performance Group showcased the Kingdom’s history and cultural traditions with stunning performances of folklore music, chants, and dance outside the Saudi Arabia Pavilion. The group performed four different dances, called ardah, from various parts of the Kingdom. Men line up in two rows facing each other or in a circle, each carrying a sword, accompanied by drums and sometimes a singer or poet. 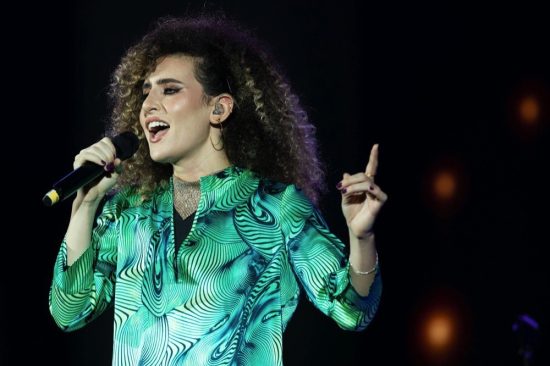 The Saudi Arabia Pavilion offers a glimpse into the future, taking visitors on a journey through the country’s ambitions across four main pillars: people, nature, heritage and opportunities. It is second largest Country Pavilion at Expo 2020 Dubai, after the United Arab Emirates, with a total area of 13,059 square metres