DUBAI, 13 November 2021 – When five-year-old Hassan Ali Abbas lost his precious Expo 2020 Dubai Passport, he was overcome with sadness, after managing to accrue more than 100 stamps from Country Pavilions during eight visits to the site with his mother. But young Hassan now has a smile back on his face after a kind effort to replace his prized document.

Farida Ali Abbas, Hassan’s mother, who has lived in the UAE with her family for 17 years, said: “Since the launch of Expo 2020 in October, we have frequently visited the mega-event. Following our last visit, Hassan found out he had lost his Expo passport, which he had been carrying around with pride. 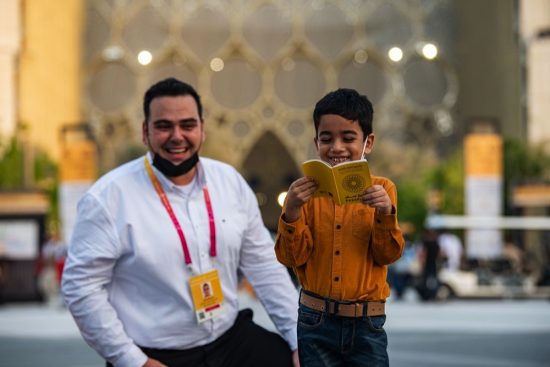 “Hassan was thrilled and surprised to see whatever his eyes fell upon during our visits, from the architecture, to the gardens and parks, to the games and other entertainment offered by Expo 2020 to its visitors, young and old. All of that prompted him to insist to visit Expo every Friday and Saturday.

“Hassan was very happy and proud that he had visited more than 100 pavilions of countries from around the world and had their stamps on his passport. With his passport always with him, he would turn the pages every now and then and ask questions about the pavilions he had visited.”

After realising the passport had been lost, Hassan and his mother returned to more than 60 places they had visited that day – but to no avail.

Hopeful that the passport could be found, Farida contacted Dubai Police, who in turn promptly communicated with Expo 2020. Soon, the document had been replaced and the stamps freshly minted – and the young traveller was also given a Season Pass to visit Expo 2020 as often as he likes. 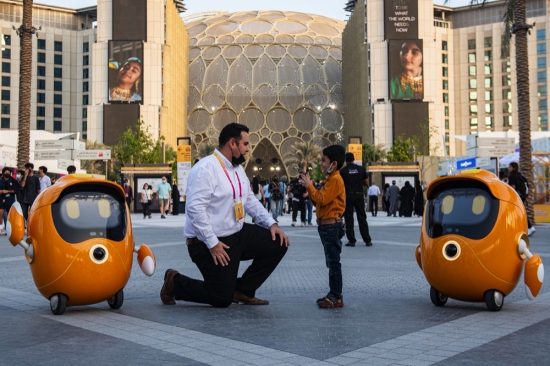 Farida said: “I cannot describe the great joy Hassan felt when we received a phone call from the Expo management telling us that his passport was ready and that we could come to collect it. The Expo 2020 team made a great effort to compensate Hassan for his lost passport – one of their team’s members pledged to assist Hassan to follow the same path that I had previously taken with my son … to collect their stamps back on the new Expo passport, which has exceeded all expectations.”

Now Hassan has a new mission: to visit all 192 Country Pavilions at Expo 2020 to ensure his new passport bears the stamps of every nation participating in the largest event ever held in the region.

Tags: ’ 2020 2021 after and architecture around the world assets back countries country Day Download Dubai Dubai Police during Eight entertainment Event EVERY FRIDAY expectations expo expo 2020 Expo 2020 Dubai Eyes Face family for Friday from games GARDENS given Have IT ITS largest Launch made Management Managing Mission more mother nation new Now October of Often Parks Police previously ready REGION s said Saturday Season son story Team THAT The The largest the New the region the UAE the world to ensure UAE US visitors which WHO with World Year