Doha, Qatar, ( AETOSWire): As economies across the globe slowly recover from the impact of the COVID-19 pandemic, demand for new technological advancements is creating new career opportunities. In the MENA region, there is an increased focus on areas where science, technology, engineering, and mathematics (STEM) skills are required.

The heightened need for these skillsets is overtaking the slow transformation in curricula globally. This is resulting in the decline of many traditional jobs, with STEM being viewed as the key to innovation and job creation for the future. 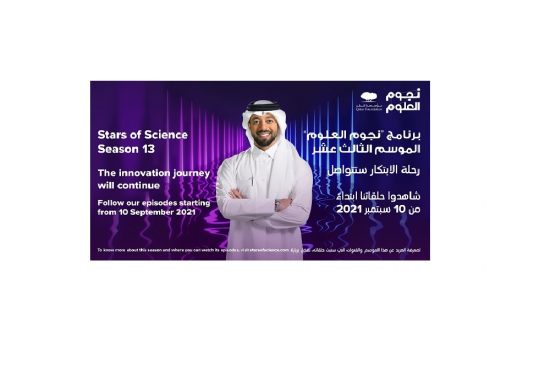 This growing trend inspired a wave of young entrepreneurs and innovators to address skill shortages and to present their technological solutions to some of the region’s challenges. And some of these inventions will be showcased in the upcoming season of Stars of Science (SOS), the edutainment TV show of Qatar Foundation (QF).

Since 2009, the show has attracted innovators from around the world, counting 147 alumni from 18 arab countries, many of whom have launched unique products and gone on to establish successful businesses in the Middle East and North Africa, reaching Europe, the Americas, and Eastern Asia. Designed to catalyze social progress, members of the Stars of Science community are drivers of change, serving the Arab world by showcasing the process of addressing needs and solving problems through innovation.

An example is Anwar Almojarkesh, a Syrian engineer who developed Braci, an assistive pillow for the hearing impaired on Season 5 (2013) of the show.  By using advanced sound recognition technology, the pillow rouses the user when there are external noises, such as fire alarms, home security alarms, and doorbells. Post Stars of Science, Almojarkesh established a company, Innovation Factory, that focuses on solutions for the hearing-impaired, producing Braci as well as Soundalert – which he developed based on Braci technology – working on projects in the UK as well as in the Gulf. He also developed a money reader application for the blind, ordered by MADA (Qatar) and Oman, and is currently working on a newer version with Qatar Central Bank. 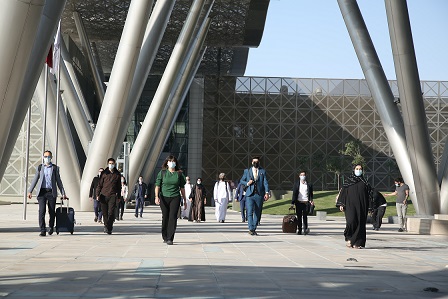 While Kuwaiti engineer Jenan Al Shehab was in her first year of university, she had come up with the idea of a device that alerts doctors of a patient’s impending hypoglycemic coma. During Season 2 in 2010, she went on to establish her own company, Electrodis Tech, focusing on manufactuing electromagnetic cells to provide power to various electronics across public and private institutions in the Arab world.

Tunisian engineer Nizar Chelly, competed on Season 8 with the User-Friendly Modern Scanner. Beyond Stars of Science, Nizar launched his own robotics club for children called “Robot Lab Tunisia”, which introduces children to programming, 3D printing, and coding in the hope of sparking their interest in STEM fields. 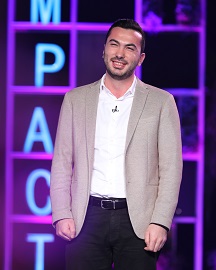 Now, returning for its 13th Season, Stars of Science will showcase the eight bright contestants as they battle against time and each other in an all-new format. They will prove their technical prowess and the feasibility of their ideas to a new panel of jury members, who will be revealed on the season premiere on September 10.

Stars of Science will air every Friday and Saturday from September 10, 2021, to October 22, 2021, on seven channels in the region and online. Please visit the broadcast guide for channels and timings, starsofscience.com

Fastest street circuit in the world in Jeddah