Rivoli Group, the exclusive distributor and retailer for the OMEGA brand in the UAE, Qatar, Bahrain and Oman announced the grand launch of the Olympics 2020 campaign of OMEGA in the region, which took place on July 23rd on the Burj Khalifa in Dubai. The launch took place on the official opening day of the Olympic Games in Tokyo as an ode to its 90 years of timekeeping experience with the Olympics.

OMEGA is the Official Timekeeper of the Olympic Games for the 29th time in history, and as the team in charge of time, OMEGA will measure every race in microseconds and track all the athletic performances using state-of-the-art motion sensor technology. The brand will also bring its wealth of timekeeping experience to the new Olympic Games sports including karate, sport climbing and surfing.

Clearly thrilled that Tokyo 2020 is finally underway, OMEGA President and CEO Mr. Raynald Aeschlimann described the timekeepers as “distinguished representatives of the brand” referring to the team as “ambassadors, who work tirelessly before, during and after every event, to ensure the athletes are justly served and OMEGA’s reputation for excellence is maintained and enhanced”. 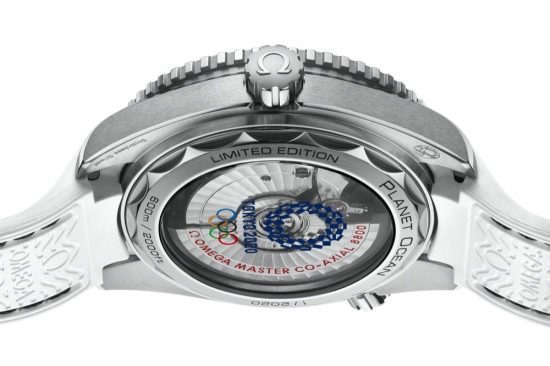 OMEGA chose the iconic Burj Khalifa to launch their campaign in this market because of the unmistakable association between the tallest building in the world and the very essence of what all Olympians aspire to accomplish i.e. of achieving the impossible by pushing limits.

The video lit up the Burj Khalifa in the Olympic colors on the 23rd of July while marking OMEGA’s historic association with the sport since 1932. The dynamic visuals were enthralling to see and the experience resonated with the heights of greatness that the Olympic Games sports represents.

Ramesh Prabhakar, Vice Chairman and Managing Partner of the Rivoli Group added, “As the exclusive representatives of the OMEGA brand in this market, we are very proud to partner with OMEGA to kick-start their Olympics 2020 campaign in this region. The brand historically always launches a series of special watches during the Olympics which the Rivoli Group watch clientele look forward to and this year to commemorate their association with the sport, OMEGA has once again produced a full range of special watches under the Seamaster collection which are available at all OMEGA boutiques and leading Rivoli watch stores across UAE, Qatar, Bahrain and Oman.”

Since 1988, The Rivoli Group has been building a strong position within the fast-growing retail environment in the UAE and the lower Gulf states to become one of the largest luxury lifestyle retailers in the Middle East offering a wide range of product categories from watches, writing instruments, leather accessories, gift items and eyewear. Matching these luxury and lifestyle brands with impeccable service, the Rivoli Group has set new standards of retailing excellence in the region by establishing retail concepts like Rivoli Prestige, Rivoli, Hour Choice, Rivoli EyeZone, Avanti & Style 88.

Fall in love with THAT Concept Store’s Fall-Winter Collection

THAT Concept Store partners with You Better Fly