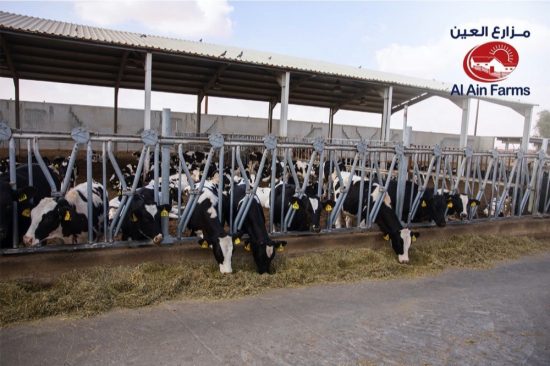 Al Ain Farms, UAE’s first and largest local dairy brand is hosting a Bovine Competition from 20th to the 26th of January 2021. The competition is open to all local dairies and dairy farmers who are invited to participate by registering online on www.bovineshow.com or by sending an email to bovineshow@alainfarms.com

As one of the UAE’s leading dairy companies, Al Ain Farms spearheads the event in support of local farmers. Pioneering the first of its kind event in the region, Al Ain Farms cements its advocacy and support of local dairy farming and agriculture entities, acknowledging their contribution to the economy of the UAE. Large scale local brands like Al Ain Farms along with local farmers are integral to ensuring food security for the nation. The event brings together local farmers and dairy producers, playing a key role in providing fresh, healthy and nutritious produce for residents of the UAE.

Given Al Ain Farms’ dedication to the highest level of animal welfare, the contest will implement stringent standards of animal care for participating farmers. Equipped with specialized houses, open-air hay stores and commodity barns, Al Ain Farms will ensure the best conditions for the cows during the contest.

Milk will be collected from each participating cow during the seven-day stay on-site and the winners will be chosen based on the quantity of milk collected.

The winners will be announced on January 26th at Al Ain Farms premises, under the guidance of Dr. Roula Shaaban, the first Emirati female veterinarian, counselor of Middle East and North Africa – World Veterinary Association.

The top three finalists will be awarded cash prizes; with the first place winner receiving AED 20,000 followed by the second place receiving AED 19,000 and the third place AED 18,000.

CEO of Al Ain Farms Willem van Walt Meijer said; “We are proud to be hosting this event in support of the local farming community. The event provides a platform for dairy farmers to showcase their outstanding expertise and efforts, not only amongst peers, but to the entire nation as well. As local dairy farmers in the UAE, the common goal of focusing on local food production and national food security unites us. Coming together to share knowledge and expertise can only contribute to the work of the National Food Security Strategy”.

Dr. Roula Shaaban, the first Emirati female veterinarian added; “This competition recognizes the exceptional standards in the UAE livestock industry, key contributors to the self-sustenance of the UAE. I am honored to be a part of the Bovine Competition as a judge and truly commend the outstanding efforts of Al Ain Farms in support the local farming community in the UAE” 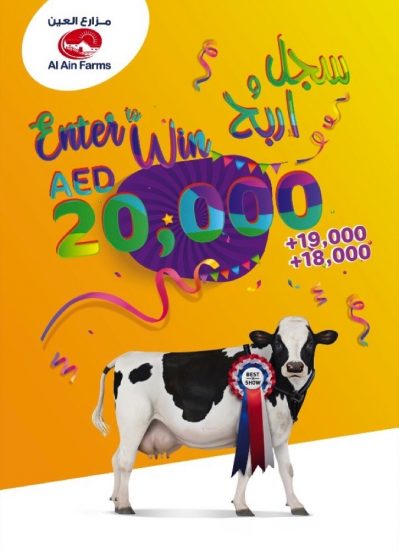 Founded in 1981 by the Father of the Nation, late Sheikh Zayed Bin Sultan Al Nayhan, Al Ain Farms was the first dairy company in the UAE to start the dairy operations, and provide fresh milk to the nation. Continuing the heritage for close to 40 years now, Al Ain Farms has grown to be the largest integrated local dairy company in the UAE, running four farms under its brand – the dairy business, the juice business, the camel milk production, and the poultry section with fresh chicken and eggs.

As being the first dairy company in the UAE, Al Ain Farms has always had a pivotal role for securing the food for all the nation in the country. Made with love locally, products are produced in Al Ain, the heart of the UAE, and delivered to the all regions on a daily basis, serving more than 12, 000 outlets nation – wide and delivering close to 20 million units of fresh and  long life dairy and poultry products monthly to the United Arab Emirates.

The company has invested significantly into the state of the art production lines, to enable faster go to market; has launched several new product categories; has doubled the efficiency in the poultry business.

Having in mind the strategic initiatives, the company has ambitious plan to grow, and to become a unique symbol of the UAE, following the legacy and values of the Father of Nation, the late Sheikh Zayed Al Nahyan. The company has always had and will continue to have a pivotal role for enabling the food security of the country.

The Dubai Police Council of People of Determination partners with the ENTERTAINER business to gift employees with VIP access to its popular app, the ENTERTAINER