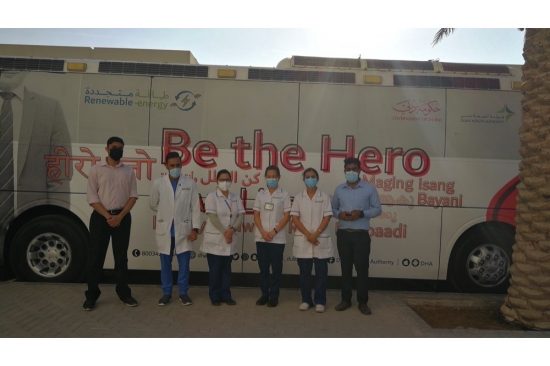 WITH DHA AND LATIFA HOSPITAL

The drive was organised across Azizi Development’s Dubai projects

Dubai, UAE, 23 December 2020: In line with its efforts to encourage voluntary activities and to further its commitment to giving back to the community, Azizi Developments, a leading private developer in the UAE, has organised a two-day Blood Donation Drive in collaboration with Dubai Health Authority (DHA) and Latifa Hospital on the 13th and 14th of December 2020.

Highlighting the importance of the campaign, Farhad Azizi, CEO of Azizi Developments, said: “We firmly believe that corporate social responsibility is of paramount importance to any well-established organisation. Donating blood is absolutely vital to public health. In solidarity with the community, and inspired by our beliefs to venture beyond our core business, this initiative helped us engage and serve the community at large.”

“We are thankful to everyone who participated – it was truly heart-warming to have witnessed such a large turnout of enthusiastic participants who supported the cause. On behalf of Azizi Developments, I would also like to thank the DHA and Latifa Hospital for helping us host this important campaign,” he added.

As an ideal modern lifestyle option away from the bustle of the city, Azizi Developments’ Al Furjan residences, the hosting venues for the blood donation drive, are situated in the growth corridor of Dubai, offering residents the convenience of being in proximity to the Route 2020 metro station, Dubai Marina, JBR, Sheikh Zayed Road, and Mohammed Bin Zayed Road, among many other of the Emirate’s marvellous points of interest. These stunning developments also offer direct access to Al Maktoum International Airport, as well as to the Expo 2020 site. Equipped with several retail outlets and amenities that include swimming pools, fully equipped gymnasiums, saunas and steam rooms, Azizi’s carefully designed Al Furjan projects foster a strong sense of community and create healthy, balanced social settings that promote human comfort and leisure. 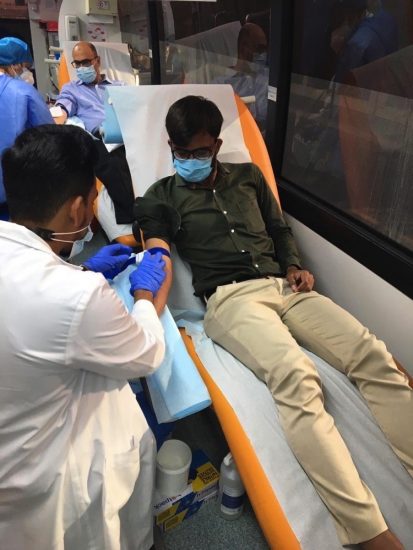 The Dubai Police Council of People of Determination partners with the ENTERTAINER business to gift employees with VIP access to its popular app, the ENTERTAINER