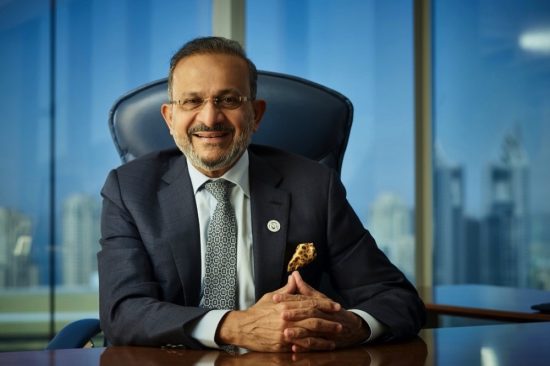 Dubai, United Arab Emirates, 30 November 2020: As the UAE celebrates the 49th UAE National Day, Pure Gold Jewellers has come forward to bring cheer to the hearts of unfortunate victims of debt. As part of the Pure Gold Jewellers humanitarian initiative “Forgotten Society” to help indebted prisoners, the jewellery retailer covered the cost of airline tickets for 51 insolvent inmates released from the Punitive and Correctional Institution of Fujairah.

Firoz Merchant, philanthropist, Founder and Chairman of Pure Gold Group, said: “As a long -time resident of the UAE, I consider this country to be my home. I am very much grateful to the UAE for all what this nation has given me. I have many loving memories of the UAE, the country that provided me various opportunities for success. I want to give back as much as I can, to the UAE community. On this UAE National Day, I have extended support to fly home 51 indebted prisoners who were released from Punitive and Correctional Institution in Fujairah.  I am happy that they will fly home with beautiful memories of the UAE and they will remember this country for its generosity, tolerance and humanitarian values. They can now celebrate the 49th UAE National Day in peace and return home to their families.”

Those released were of different nationalities and belonging to different religious affiliations. The total amount of contribution is AED 80,300.

Brigadier General Ahmed Hamdan Al-Zeyoudi, Director of the Punitive and Correctional Institution in Fujairah, said, “This is a great initiative by the philanthropist Firoz Merchant to add a smile to the faces of the released prisoners during UAE National Day celebrations. This gesture reflects the values of kindness and tolerance that our country has become known for. We hope for more such partnerships between the private sector and the Ministry of Interior to support the community. Mr. Firoz Merchant sets an example by always lending a helping hand. In fact, he was the first to come forward during the 2008 economic crisis to help indebted prisoners and we highly appreciate his support and we wish God Almighty will bless him and his family.”

The “Forgotten Society” initiative of the Pure Gold Group was initiated in 2008 by philanthropist Firoz Merchant to help debt prisoners and pay for their airfare to return home. Since its inception, the initiative has helped thousands of insolvent prisoners by paying off their debts or giving them airline tickets to be reunited with their families.