Three short animations will be available for viewing tomorrow (Friday)
from 4 – 4.30 pm, on the event’s free streaming platform https://funn.ae/letshavefunn/

Sharjah’s virtual media arts event, Let’s have FUNN, will come to a close on Friday offering one final for children to enjoy cinema handpicked from around the globe by FUNN – Sharjah Media Arts for Youth and Children, to appeal to the imagination and taste of movie lovers, especially those up to the age of 11. Three entertaining short films will be available for free streaming tomorrow, 4 to 4.30pm, on the FUNN website https://funn.ae/letshavefunn/letshavefunn-screenings/.

The closing day’s programme will begin with a 7-minute animation film from Germany, about a cat, Percy, trying to relax on the shores of a lake in Cat Lake City. He is thwarted at every point by the elements, including a flock of pesky ducks. Cat Lake City, directed by Antje Heyn, follows the hilarious mishaps Percy encounters while trying to enjoy a siesta. 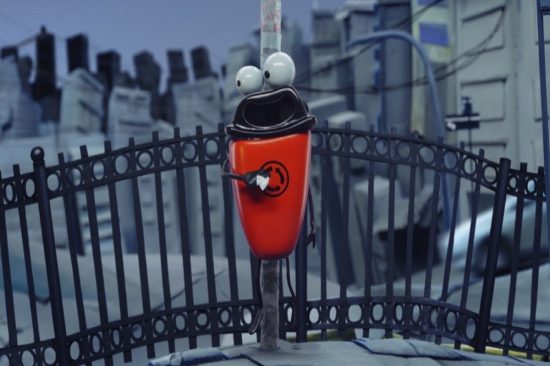 In Paper Kite, a Bulgarian animated film in English with Arabic subtitles, director Assia Kovanova focuses on the innocence and vivid imagination of children that allows them to solve problems which stump adults through the story of a girl and a boy who are given a math problem to solve by their teacher. When the girl comes up with a wrong answer, the teacher mocks her. However, the children prove they are right in their own way.

Cracks in The Pavement, from Argentina, is a stop motion animation film directed by award-winning director Nicolas Conte. It portrays the travails of a seed that falls into a dustbin on a pavement. The angry dustbin kicks it out, and the seed falls into a crack in the pavement when it begins to grow into a plant on which blooms a lovely flower. But will the pavement allow it to survive?

Let’s have FUNN is a first-of-its-kind virtual event organised by FUNN, a Sharjah-based organisation dedicated to promoting and supporting media arts learning among children and youth in the UAE. The event brought together a stellar line-up of Arab and international artists, filmmakers, and industry experts to deliver a series of creative workshops, inspiring discussions, in addition to film screenings, from October 12 – 16, 2020

FUNN is an organisation established under the patronage of Her Highness Sheikha Jawaher bint Mohammed Al Qasimi, wife of His Highness the Ruler of Sharjah and Chairperson of the Supreme Council for Family Affairs (SCFA), to promote and support the media arts (animation, filmmaking, graphic design, etc.) for young children and the youth of Sharjah and UAE. 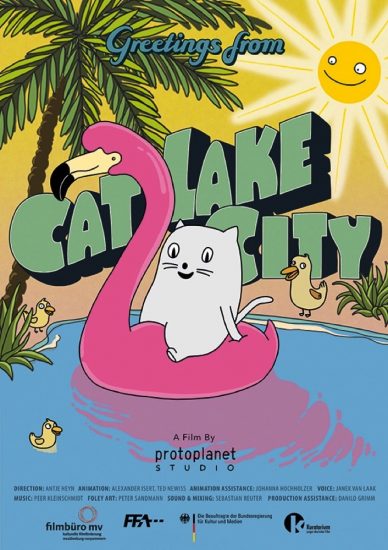 FUNN aims to nurture a future generation of creative artists in media and film industry, and promotes new media works and films made by children and young filmmakers in the UAE at international film festivals and conferences worldwide. Its larger goal is to foster talent through these festivals, conferences, and workshops locally and internationally.