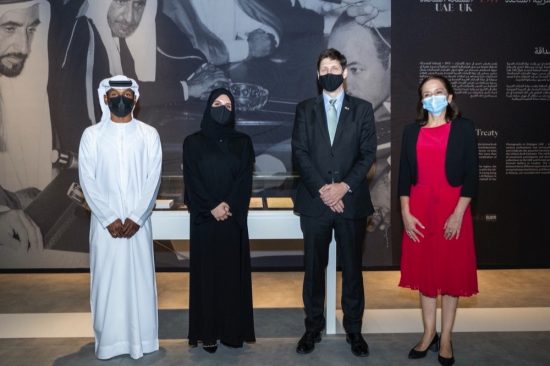 ‘Photographs in Dialogue’ exhibition: Hala Badri welcomes the British Ambassador and Director of the British Council in the UAE

Her Excellency Hala Badri, Director General of Dubai Culture and Arts Authority, welcomed His Excellency Patrick Moody, the Ambassador of the United Kingdom to the United Arab Emirates, and HE Aida Salamanca, Director of the British Council in the Emirates, during a tour at Photographs in Dialogue exhibition that was launched by Dubai Culture at Etihad Museum, in collaboration with the National Portrait Gallery in London.

Hala Badri praised the visit of the British Ambassador and Director of the British Council in the Emirates, highlighting its importance as a reflection of the strength of relations between the two countries while also consolidating the importance of such exhibitions in portraying the shared history between nations. She said, “The United Arab Emirates and the United Kingdom bring together strong historical relations that were established by the Founding Fathers. We are pleased to have welcomed the UK ambassador and the director of the British Council’s visit to the Photographs in Dialogue exhibition, which further represents our shared goals in developing platforms for cultural exchange between the two nations.

The delegation toured the exhibition, which included a collection of photographs lent from the collections of the National Portrait Gallery, London as well as photographic collections  from  the UAE archives, the most prominent of which is a picture of Queen Elizabeth II, and a rare series of photographs of Sheikh Rashid bin Saeed Al Maktoum (then Ruler of Dubai), taken by Rex Coleman for Baron Studios in London 1961; as well as collections that illustrate key moments leading up to the formation of the UAE. 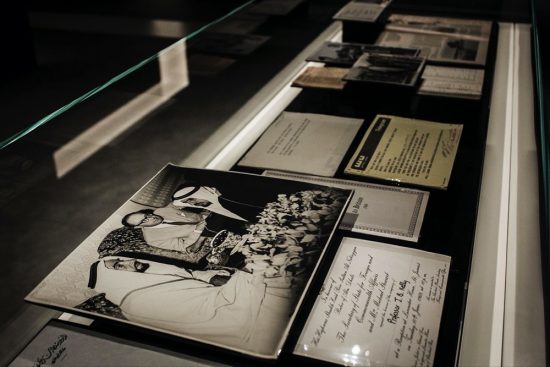 Photographs in Dialogue, which is being held from the 9th of September 2020 till the 25th of March 2021, highlights the importance of the historical relations between the UAE and the United Kingdom and recounts historical stories of prominent leaders in both countries who worked together to develop plans to end the official presence of the United Kingdom in the region, while also shedding light on the beginning of a bright era for the United Arab Emirates. Among the most prominent photos are of two British political residents in the Gulf, Bernard Burrows, who opposed any change in the relationship between Britain and what was known as the Trucial States, and Geoffrey Arthur, who oversaw the withdrawal of the British presence and the signing of a treaty that declared that relations between the two countries “will be governed by a spirit of friendship.” 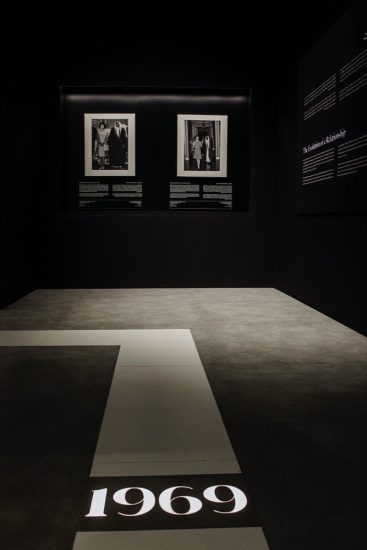