Behind the scenes shots shows the creation of a music video illustrating the story of perseverance, following dreams and never giving up

Releasing the 7th September, the new song is sung in Arabic and English and the music video tells the story of perseverance and strength against adversity. It is a story about an individual pouring their heart and passion into something they love, the ups and downs of committing to your idea and the feeling you get from accomplishing your goal.  Sisters Grimm brings people together and makes them feel connected and we want audiences to have a sense of ‘home’ and belonging at their shows.

The video narrative for ‘The Way Home’ shows a glimpse of the behind the scenes and journey of the collective disciplines that make up the Sisters Grimm shows, including a theatrical and entertaining insight into the work of both the artists and the producers, starting from rehearsals at the studios through to the final showstopping performance.

This culturally compelling song is an introduction to Sisters Grimm’s quest to seek out rising stars in the Middle East who will receive unparalleled tuition and insight from the founders Ella and Pietra and the opportunity to feature in future productions and practice with the top international talent. 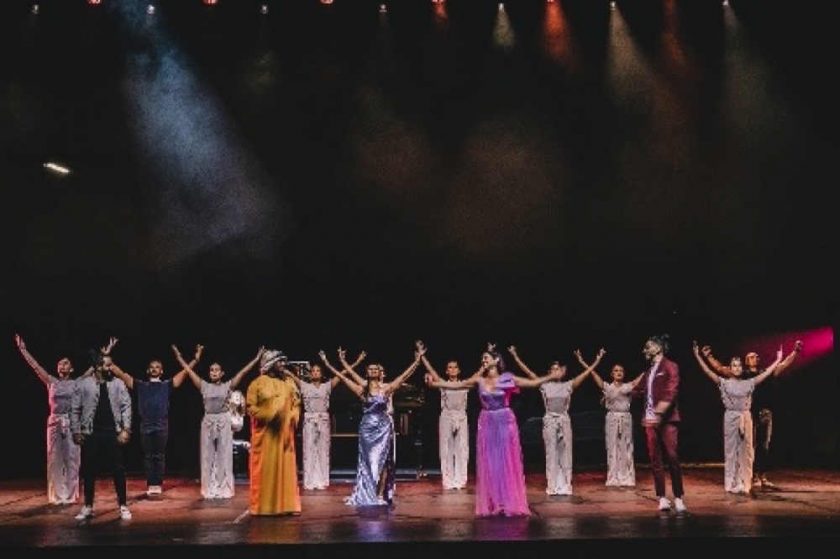 In 2009, they had a vision to create a theatre company that broke all the rules. Sisters Grimm was born.

The company celebrates cultures and inclusivity, collaborating with both traditional and contemporary performance artists from all around the world to create stylistically diverse and transformational live experiences, which speak diverse audiences and embrace the principal themes that are the centre of the social conversations of today. An ever-expanding portfolio drawing influence from Africa, Europe, Asia and South America and now the Middle East Sisters Grimm has already achieved a wealth of success in both creativity and performance.

The company has toured domestically and internationally to both mainstream success and critical acclaim, receiving glowing reviews from the BBC, ITV, The Independent and the Telegraph, as well as achieving a Grammy nomination in the US and the Brazilian International Press Award for Best Show. The company’s debut production featured in the UK’s Royal Variety Performance and has most recently been hosted at the iconic Royal Albert Hall, to a standing ovation.