Dubai, UAE, July 26, 2020: CIOMajlis, which functions as a thought leadership and networking hub for senior technology executives to explore business solutions and share experiences, has announced the appointment of Ahmed Al Ahmed, CIO of Nakheel, as its new chairman. CIOMajlis was established in 2006 by Smartworld under the patronage of His Highness Sheikh Ahmed bin Saeed Al Maktoum President of Dubai Civil Aviation Authority, Chairman of Dubai Airports and Chairman and Chief Executive of Emirates Airline & Group.

Ahmed has been a technology expert with over 20 years of experience with Nakheel PJSC and Thuraya Telecommunications. In Nakheel, he has successfully executed one of the most-complicated IT separation projects that the region has seen- the IT separation of Nakheel from the Dubai World. He optimized and centralized corporate IT infrastructure, which resulted in reduced cost and improvement of business performance. At Thuraya Satellite Telecommunications Company, he participated in the initiation of Thuraya Satellite services that launched three telecom satellites and covered 160 countries. 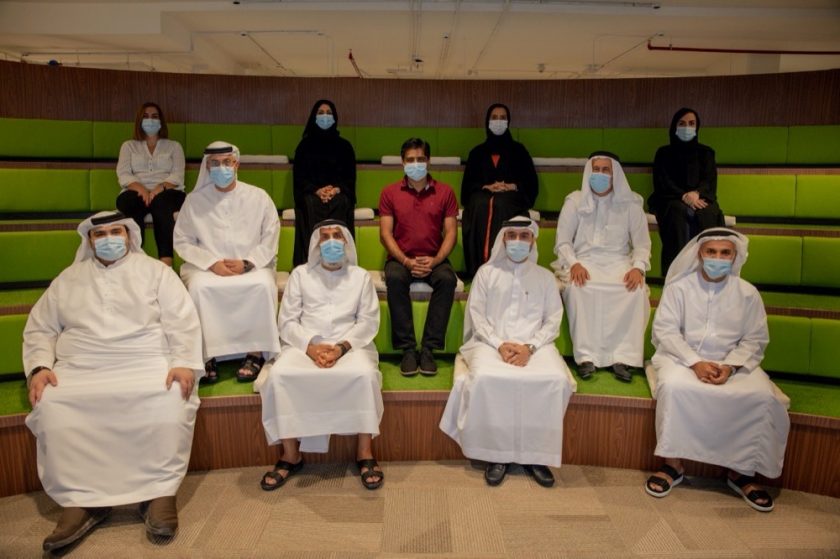 Commenting on his new role, Ahmed said: “I am pleased to lead CIOMajlis in the next phase of growth. We will strive to better serve our members and play an important role across the government and private sectors to contribute towards realizing the leadership vision of making the UAE the world’s most innovative country.”  His predecessor Ahmad Almulla had made tremendous efforts and put in hard work over the past four years, he said, adding the whole IT community pays him gratitude for setting up such an initiative. He continues to serve as a board member.

CIOMajlis has also appointed Ahmed Al Zarouni, Vice President for IT at Investment Corporation of Dubai (ICD), and Ghinwa Baradhi, CIO of MENAT at HSBC, as executive members. The other members are Ajay Rathi, IT Director at Dubai Healthcare City Authority, Amina Abdulrahim, Head of IT at Engineering Office, Iman Al Omrani, Deputy CTO at Expo 2020, Moza Suwaidan, Director of Strategy & Innovation at Smart Dubai, and Yousuf Al Shaiba, Digital Transformation and AI Advisor to the chairman of Ajman Municipality and Planning Department.

Saeed Al Dhaheri, Chairman of Smartworld said: “The CIOMajlis is now considered the platform of choice for leading CIOs in the UAE for the exchange of knowledge and sharing experiences about best technology and innovation from around the world. Ahmed Al Mulla realized the vision, with his leadership role in the past four years, with his deep knowledge, experience and networks. The Covid-19 pandemic has prompted the CIOMajlis to move into a new digital era to play an important role by helping CIOs in navigating the new reality after the pandemic is over. I wish Ahmed Al Ahmed and the newly-appointed board members all the best in leading the CIOMajlis.”

Abdulqader Ali, Chief Executive Officer of Smartworld remarked: “I thank Ahmad Al Mulla who has tirelessly worked to raise the profile of CIOMajlis during his tenure. His leadership helped CIOMajlis forge strong relationships with the stakeholders and significantly boosted its public profile. I congratulate Ahmed Al Ahmed for assuming the new role and I look forward to seeing his able leadership help the initiative lead for further success in the future.”