Riyadh – Austrian capital Vienna is set to steal the global cultural limelight as it hosts an exhibition showcasing work from British graffiti artist Banksy. The event, co-organized by Saudi entertainment company “NOWAAR”, will be a celebration of Banksy’s bold and boundary-pushing work. 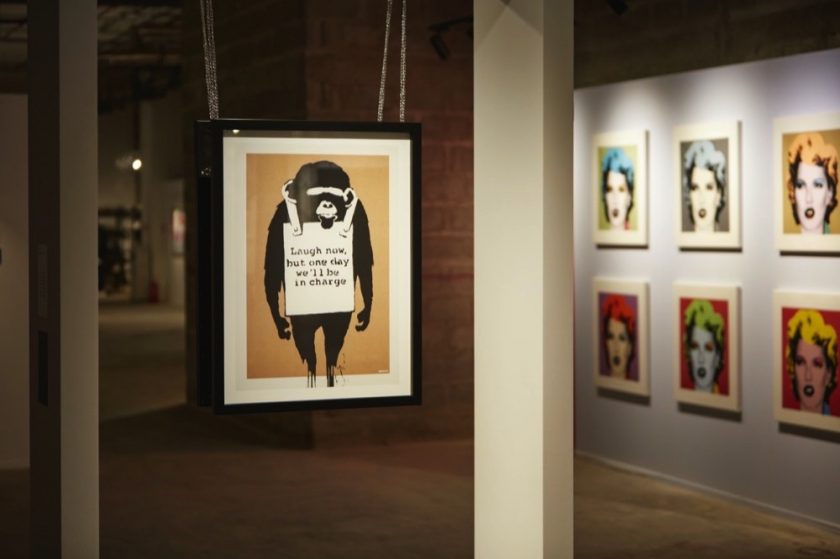 “The Art of Banksy – Without Limits” will be hosted at the prestigious Sofiensäle and will be held from the 23rd of July to the 4th of October. The exhibition comes as a herald of hope to the public as people try to overcome the challenges belying the recovery phases of the Covid-19 pandemic. This bestows a global dimension upon the event as it pulls the international culture scene from its involuntary recent torpor.

The exhibition’s uniqueness lies in its diverse programme, allowing it to become a living celebration of the elusive artist’s achievements; A rare glimpse into the socially engaged graffiti artist’s studio will be followed by a 10 minute documentary film about his life and work. The audience will then be given access to 105 Banksy art pieces — originals, photos and prints, sculptures and some installations especially reproduced for the exhibition. 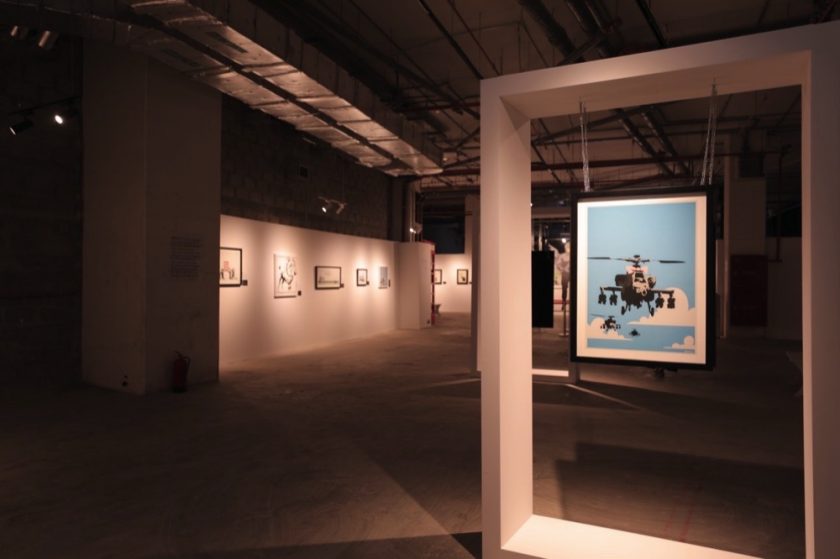 Mohammed Sulaiman Al-Muhaidib, NOWAAR’s chairman of the board, said: “Co-hosting the exhibition with “EventS”, a European company, comes as a natural continuation of the Kingdom’s evolving cultural landscape, with its growing development and unprecedented openness to international experiences. We have witnessed this with our Banksy Riyadh exhibition, which saw the event turn into a cultural festival that went on to garner considerable local and international acclaim. The Vienna exhibition will be our first European event and marks the beginning of Saudi Arabia’s international cultural outreach”. 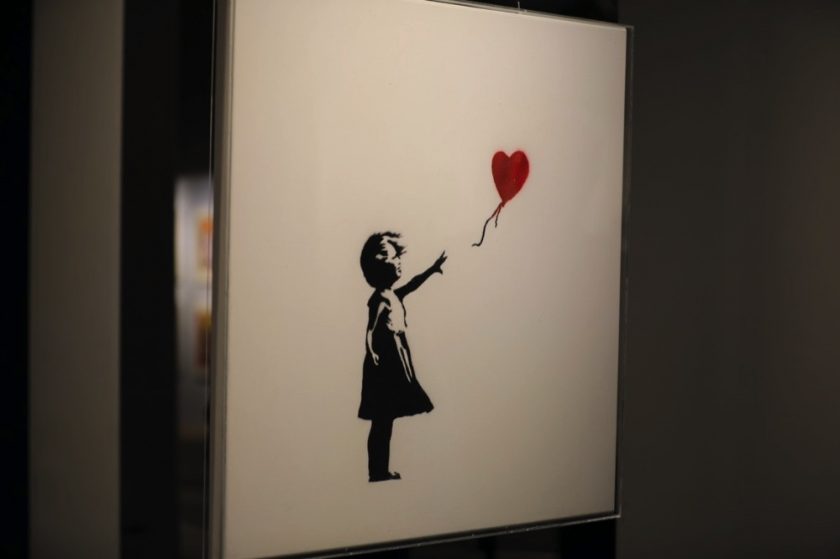 Al-Muhaidib continued by saying: “Everything about this exhibition carries the Kingdom’s true message; that of art, hope and life. Banksy is a genius who has turned graffiti into a form of social expression that rids walls of their gloom and brings people closer. Furthermore, the historic Sofiensäle hall hosting the exhibition was completely destroyed by fire in 2001, only to rise from its ashes a few years later. Every piece of art on display at the exhibition will communicate a story of hope to inspire the world”.

According to Al-Muhaidib, NOWAAR is planning to bring the exhibition on later stages for a GCC tour that will include UAE and Bahrain. The exhibition will be hosted as well in several Saudi cities. 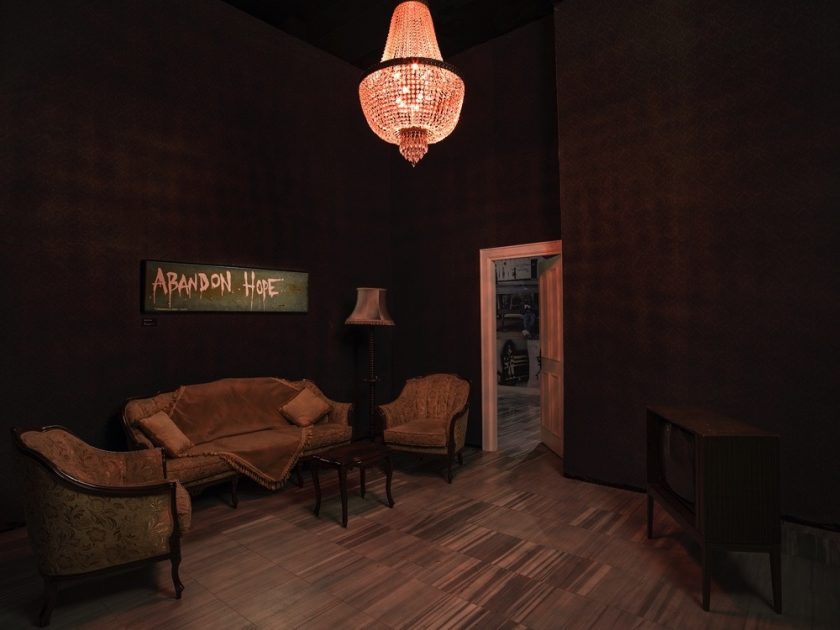 Organizers will apply all necessary physical distancing precautions; the exhibition will allow a maximum of 200 people per hour on its premises. Besides the various art pieces, ranging from aluminum to wood and fabrics, sculptures and paintings – attendees will be able to enjoy a song that was exclusively composed for the event.

Banksy is probably the world’s most famous and most mysterious graffiti artist. Despite his success, his identity remains a secret. In recent years, however, Exhibitions celebrating The Art of Banksy have landed 11cities and sold more than 750 000 tickets. 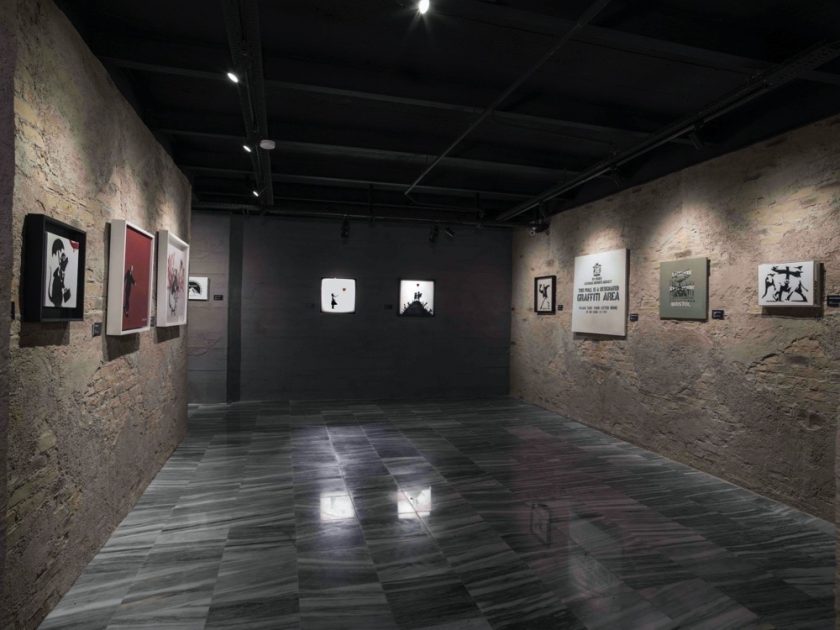 His works are to be found in the public spaces from Bristol to Barcelona, Sydney to San Francisco, where they remain extremely popular due to their bold presentation and creative approach to pressing contemporary social issues.