The recent actions of the US Federal Reserve Bank and other central Banks have been unprecedented in speed and scale to counter the coronavirus crisis.  While some market commentators fear that such expansionary monetary policy could lead to a period of high inflation, John Greenwood, Chief Economist at Invesco, does not believe it is a foregone conclusion.

“It is too early to tell if the recent purchases of securities by central banks will have an inflationary effect,” says Greenwood. “While the size and duration of the asset purchases are important, what matters even more is the impact these purchases have on the money supply in the banking system.”

Money creation in a modern economy is mostly done through lending by commercial banks.  When banks grant a mortgage loan or business loan, they create a new asset and credit the deposit account of the borrower, essentially creating new money.  As the economy grows, more money is created, increasing the supply of money in the system. 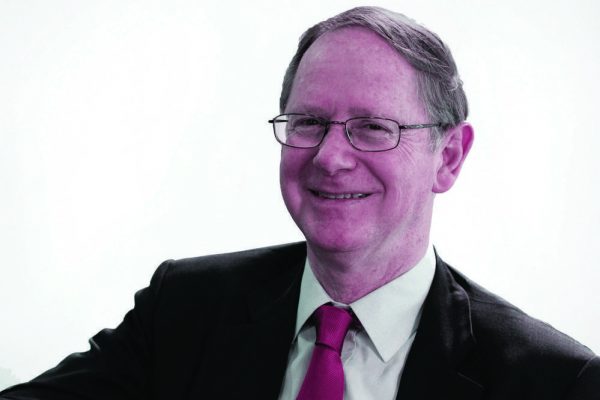 The central banks play a marginal role in this process, usually by setting the interest rate which guides lenders and borrowers on how much to lend or borrow.  “Only if the normal process of money creation by commercial banks breaks down would central banks have to step in to stabilize the system,” says Greenwood.  Central banks would purchase longer term securities from the open market in order to increase money supply and increase liquidity – a process known as quantitative easing.

The rapid spread of coronavirus and the subsequent lockdowns threaten the collapse of economic activity, disruption to the payment system due to businesses being shut down, bankruptcies and rising unemployment.  This has triggered short-term liquidity requirements as businesses and individuals start calculating what funds they might need until a recovery arrives.  According to Greenwood central banks have (as they did in the global financial crisis of 2008 – 2009) stepped in, to provide the funds demanded by businesses and households, by purchasing securities.  Such quantitative easing measures are widely thought to indicate the beginning of hyperinflation, as central bank balance sheets can balloon to historic highs.

According to Greenwood, such liquidity injections, however, do not have an automatic inflationary effect.  “The driver of inflation is money in the hands of the public, not money in the books of the central bank,” he explains.  In fact, the actions of the central banks during the global financial crisis only stabilized broad money growth, with subsequent inflation remaining below 2% year-on-year in most developed economies.

“Historically when central banks have played this ‘lender of last resort’ role in a market panic, they were able to create the additional funds needed to calm the panic, and after the panic had subsided, they would gradually withdraw the excess cash or deposits from the banking system,” explains Greenwood.   Excess funds were gradually drained from the banking system after the panic subsided and before inflation could take hold.

The difference with the coronavirus crisis is that the large amount of funds being injected into the system is not only as the result of the expansion of central bank balance sheets, but also by huge increases in government debt and deficits through fiscal stimulus packages.   The inflation outlook thus depends on the coaction of monetary and fiscal policies as well as the extent and under what circumstances government debt will be converted into money.

One of the ways to finance a government budget deficit is by borrowing.  If governments finance the budget by issuing debt instruments, it will be non-inflationary if the funds are borrowed from the non-bank private sector in such a way that they do not create money.  Whereas when banks buy government securities, that creates money which in turn boosts total spending, which could lead to inflation. “The authorities will need to manage carefully the amount of government debt purchased by commercial banks if they are to limit broad money growth,” says Greenwood.

Budget deficits could also be financed by “printing money,” by either keeping interest rates so low that banks were forced to lend more, or by keeping exchange rates too low leading to high inflows of funds from abroad.  Both could be inflationary as they lead to a rapid increase in broad money supply.

In the four weeks to 23 March, broad money has been growing at over 60% per annum on an annualized basis in the United States.  “If this growth rate of the broad money supply was to continue over a longer period of say six to twelve months, then inflation in the US in the medium-term will indeed rise,” says Greenwood.  “However, if over the next three to six months this rate starts to level off to a more normal level of around 6-8% per annum, perhaps more appropriate for an economy such as the US, there need not be any significant increase in inflation.”