Dubai, UAE: The six Gulf Co-operation Council countries, which together have one of the world’s fastest growing and youngest populations, will experience a 9.5% rise in the traditional toy market by 2022 with the regional sector growing in value to US $1.8 billion, according to Euromonitor International.

The forecast from the market intelligence company comes in the build up to Playworld Village, the region’s leading platform for children’s toys and games which forms a dedicated section of 10th Paperworld Middle East. Euromonitor International is the knowledge partner to the trade show which runs at the Dubai World Trade Centre from March 9-11.

“The bullish forecast for the traditional toy sector comes as no surprise for a region where 24% of the current population is under the age of 15 and where the IMF has forecasted population growth to 57 million by 2025 andby a further 14 million by 2050, which translates into significant opportunities for toy manufacturers and suppliers,” said Alexandria Robinson, Show Director forPaperworld Middle East, which is organised by Messe Frankfurt Middle East.

Meanwhile, a free-to-attend CPD accredited workshops for professionals in the toys and games industry will be held on the show floor. The workshop’s agenda will cover equipment and activities for physical development, learning environments for enhancing creativity and positive guidance for challenging behaviour.

“This show-within-a-show will enable store managers, distributors and wholesalers to source toys, hobbies, baby products, sports equipment and children’s furniture to service buoyant regional growth. In addition to this, professionals will be able to further their understanding of the industry,” added Robinson. 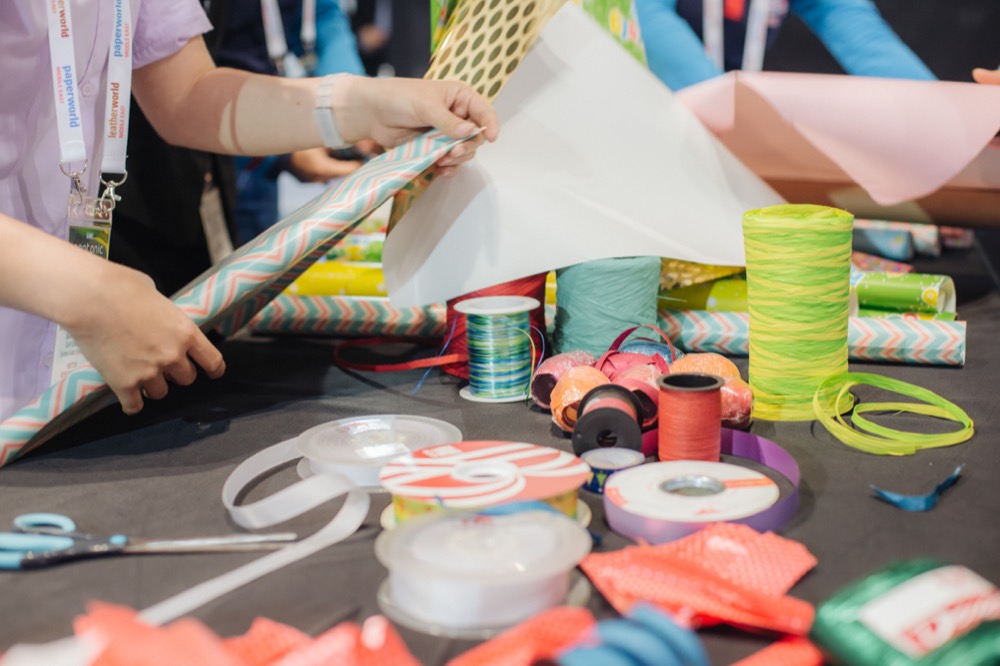 Within the traditional toy segment, the GCC’s top-selling products over the next four years -all recording double-digit annual growth – will be construction-games (14.2%), baby and infant playthings (10.6%) and dolls and accessories (10.4%), according to the Euromonitor report.

Party Centre, which has taken part in the show’s Playworld Village for 10 years, has underlined the Party and Balloons market as a key segment of growth for the region.

“We see the party category growing at double digits due to Saudi Arabia opening up with entertainment and social reforms,” said Vicken S. Setrakian, Managing Director for Party Centre. “All GCC countries are experiencing growth for the party category as consumers are learning about celebrating birthdays and other life events, creating great experiences and memories for their children and friends.”

Party Centre, which is also the Middle East’s largest online shopping website for party supplies, has pinpointed several key factors contributing to this growth, namely products are now available and accessible to consumers in the region.

“Key influences on the market include modern lifestyle, travel, a more open society, tolerance and great party products available in the market previously only available in Europe and the United States,” explained Setrakian. “We also cater to this demand by curating the best global licensed merchandise such as Disney, Marvel, Warner Bros, Nickelodeon, Sanrio, and others. Party Centre also sources and curates the trendiest non-licensed party merchandise and accessories in the industry from global vendors offering a best-in-industry selection of party tableware, party decorations and accessories, balloons, and costumes.”

Playworld Village, which makes up a significant portion of Paperworld Middle East, will be co-located with the Gifts & Lifestyle Middle East, a newly launched, annual three-day event organised by Messe Frankfurt Middle East to showcase mid to high-end consumer goods, specifically oriented toward the giving and dining segments.

Other returning features at Paperworld Middle East 2020 include the Wrap Star gift wrapping competition; the Green Room for sustainable stationery and office supplies; and a three-day seminar programme ensuring industry professionals are kept up-to-date with the latest Middle East trends.