Cerdan began his career thirty years ago in his native France. He graduated from the prestigious École Hôtelière in Nice and commenced his career in the two Michelin Star Carlton Hotel in Cannes. After some time at the three Michelin Star Moulin de Mougins, Cerdan traversed the world from London to Toronto before arriving in Australia, where he took up his first Executive Chef position in Melbourne at the Hotel Windsor Oberoi.

On his appointment, Chef Bruno states, “The property, along with its outstanding dining outlets, is so special and I am excited to be a part of it. I want to bring a unique experience to all of the resort’s guests and working with such a passionate team, I am sure that we can bring these beautiful experiences to life.” 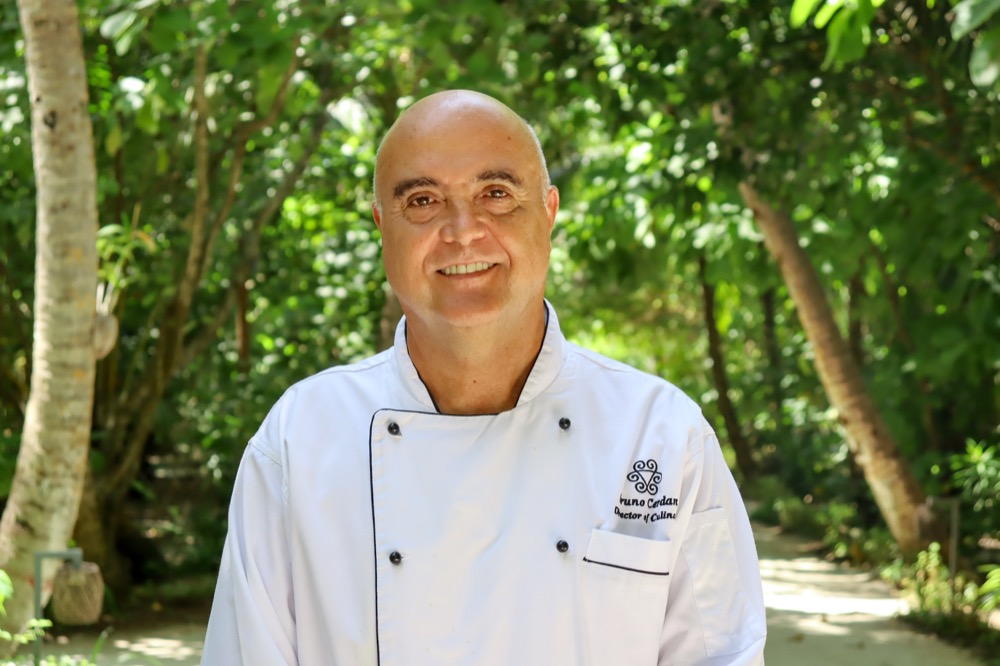 From Melbourne, Cerdan moved to Mauritius before heading to New Delhi, where he ran two of the city’s most highly regarded kitchens at The Oberoi and The Imperial, then also producing his first book, Aphrodisiac Cuisine. After New Delhi, Cerdan landed on the shores of Dubai and the One & Only Royal Mirage, spending twelve years as Executive Chef and finalized a second book, Hot & Cold.

Following his spell in Dubai, Cerdan travelled to Colombo with Cinnamon Grand and most recently at the Ritz Carlton Bangalore before settling at Vakkaru Maldives.

“I am extremely pleased that Chef Bruno will be joining us at Vakkaru Maldives and I am sure that the team will all welcome him with open arms into the Vakkaru family. I trust that his extensive portfolio of experience will shine as he settles into his new role.”, Nicholas Mason, General Manager at Vakkaru Maldives, comments.