Fabergé Unveils ‘The Journey of an Egg’ 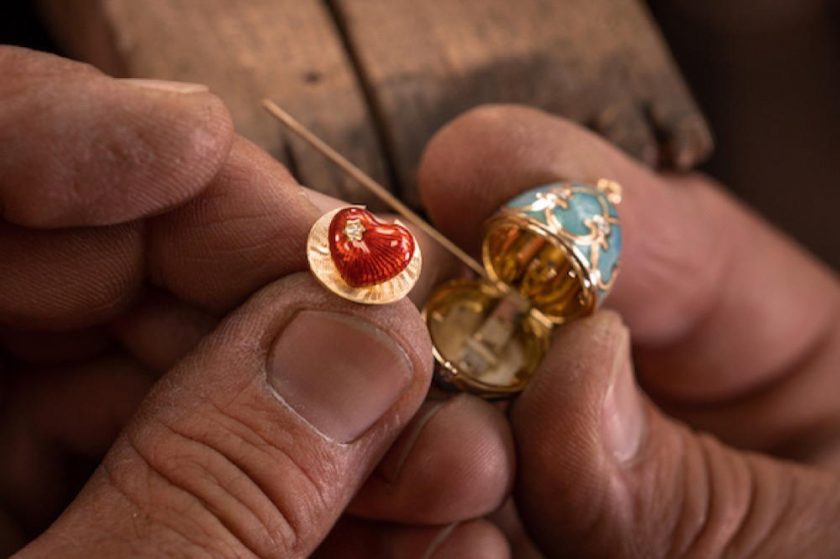 For nearly two centuries, mystery and intrigue has surrounded the legendary Fabergé. This January, as a new decade dawns, Fabergé welcomes you on a voyage of discovery with their latest film: ‘The Journey of an Egg’.

Opening the doors of their discreet workshops nestled in the Black Forest, watch their Palais TsarskoyeSelo Turquoise Locket with Heart Surprise come to life at the hands of true artisans. The workshops are overseen by Fabergé’s appointed workmasterDr Marcus Mohr – fourth generation of Victor Mayer, a 130-year-old family business well versed in the art of guilloché and enamelling.

The film documents the process of this pendant’s creation – commencing in London with Fabergé’s Designer, LiisaTallgren, delicately painting the design with a wash of watercolours, ready to be shared with the artisans in Pforzheim, Germany.

Gold is hand poured into bespoke silicone moulds, before being delicately filed and buffed. Next, the mesmerising guilloché pattern unfurlsby engine turning, a technique which dates back to the 18th century and has remained an integral part of Fabergé’s creations since the company began.

Fabergé’s art of enamelling thenshines in all its glory. Peter Carl Fabergé was considered a genius of this ancient technique, inventing over 145 new colours and establishing himself as a true pioneer in the field. Fabergé proudly continues this legacy.Enamelling is a seemingly magical process by which powdered coloured glass is bonded to a surface via heat of 900 degrees centigrade – it’s a delicate science, a few seconds too long in the kiln and the piece will need to be re-started from scratch. This highly complex and delicate technique requires great skill and many years of experience.

Fabergé’s craftspeople meticulously hand-paint the unique turquoise powder onto the egg, and crimson red for the heart surprise; when heated, the powder melts, flows and hardens into a lustrous, shiny surface. It can take up to five layers and five firings in the kiln to create the desired effect and can take as long as two days to produce a single item. Perfection takes time.

16 sparkling diamonds are then delicately set into the18 karat gold piece before it is assembled and polished. The final stop is quality control –after being inspected under the microscope to ensure there are no imperfections, it is carefully packaged and shipped to Fabergé’s London headquarters for the final check before it makes its way to the client. Each pendant beautifully captures the spirit of Peter Carl Fabergé and creates a legacy for future generations.