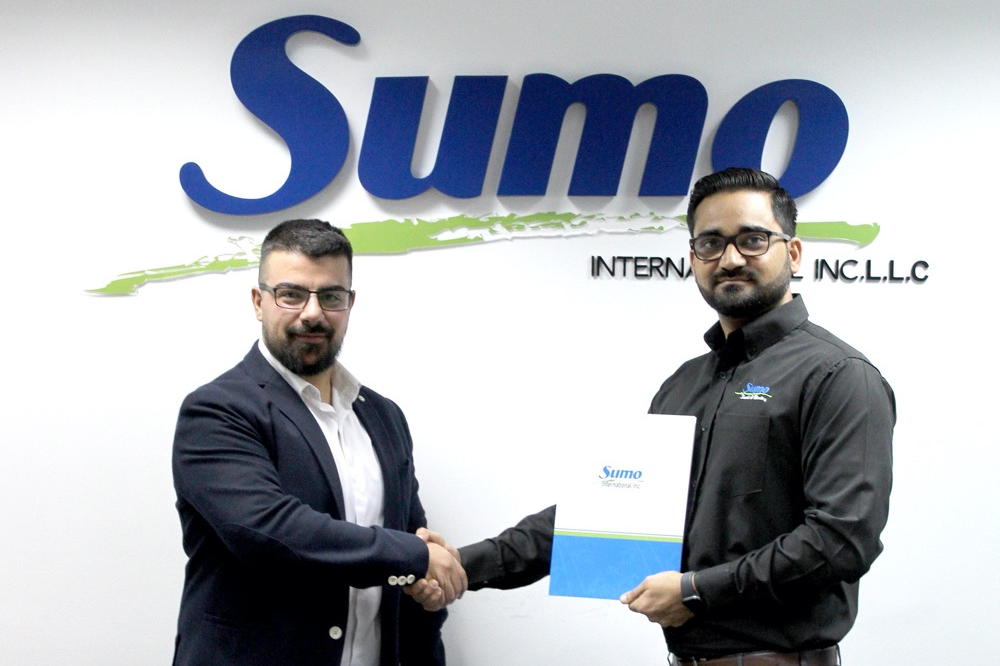 UAE, January 2020: As part of its global expansion strategy 2020, the UAE homegrown Japanese chain of restaurants -Sumo Sushi & Bento signed a strategic partnership with Al Mona Enterprises Ltd.as its local franchise partnerto enter the European market. The brand will openits first outlet in Cyprusin 2020 with a vision to add another 3 outlets within the next five years across the region.

With two successful decades of operations in the Middle East and in line with the brand’s vision, Sumo has grown from being a familyrestaurant to one of the UAE’s largest and fastest growing Japanese Restaurant Franchise. Celebrating its 20th anniversary this year, Sumo is focused onreplicating its GCC dominance internationally inthe evolving and competitiveF&B landscape of the Indian market and the European region.

Speaking on the occasion,Mr. Dinesh Chauhan, Franchise Operations Manager, Sumo Sushi & Bento,“Diners today are well-traveled, educated and continually seeking out unique but unpretentious experiences. With the speed of social media, guests across the globe get their curiosity stirred up for all kinds of tastes and flavors and are far more aware than any previous generations. The interest and curiosity among European countries about Japanese cuisine has never feigned from its initial introduction in the last few decades; but with the added fusion and friendly accessibility that Sumo Sushi & Bento provides, it led to the introduction of the brand in the region. We are looking forward to an enduring commitment with Al Mona Enterprises Ltd. with the launch of the first outlet in Limasol, Cyprus. We are working closely with the franchise partner to ensure that we deliver the Sumo dining concept, high-quality food and service in Cyprus, that Sumo is proud of.”

The franchise agreement was signed officially signed on 28th November 2019, in the presence of senior officials of both the groups at an exclusive ceremony held at Sumo International Inc headquarters in Dubai, United Arab Emirates. The signing of this agreement bolsters Sumo’s ambitious growth plans, both nationally and internationally.

Sumo began its franchising relations in 2006 that has successfully resulted in opening 21 outlets across the GCC region. After signing the partnership with Apparel group in 2017 for 20 outlets within the GCC market, Sumo signed up with FranGlobal in 2019 for 30 outlets in India; Sumo Sushi & Bento will enter other popular markets such as USA & Canada. Other than the international markets, Sumo has plans to open 20 more restaurants in the next 5 years across GCC market.

Al Mona Enterprises Limited comes with over 18 years of experience in the F&B industry with a stronghold and understanding of Cyprus.